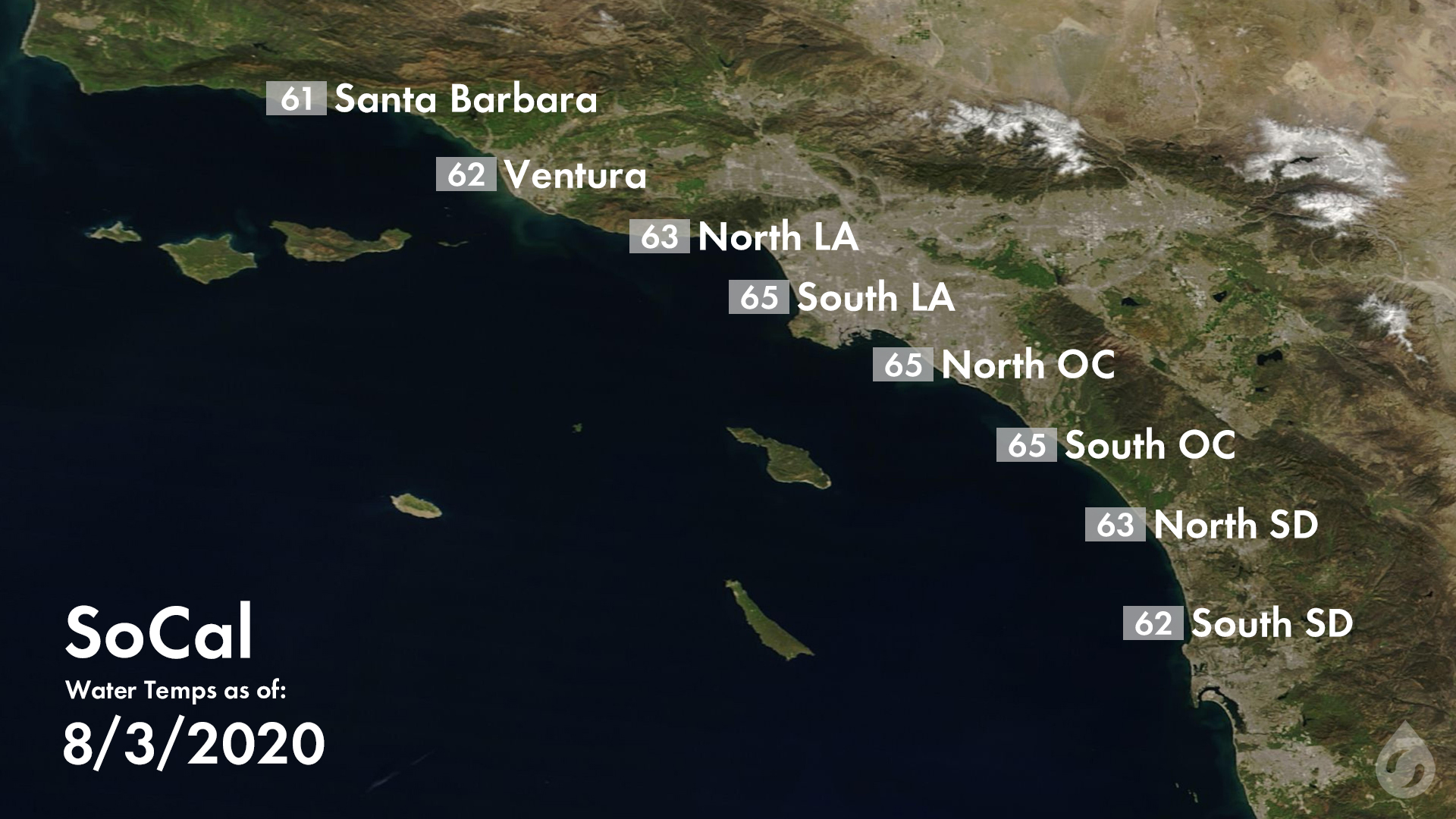 It was about three weeks ago when I was sitting on my board, looking down at the beautiful blue ocean thinking, “damn, this water is so clear and refreshing right now”. I remember the moment so vividly because it was 80 degrees outside and it was also my first Drifties session with no wetsuit top. People were smiling in the lineup, party waves were happening, and the post-surf beers were on point. It was just one of those days.

I tried to recreate that magic two days later during a morning session at Beacons Beach – it was about 2-3 ft and the waves were pure glass. The air didn’t feel as warm, but I chalked it up to it being before 8am. I took one step into the water, and said aloud “holy shit!” It wasn’t just the morning temperature - the water temperature dropped significantly in just two days!

Since that day, which was about 2 weeks ago, the water has been sitting at a cool 63 degrees. So, as I think about that warm-water session in the beginning of July and compare it to the winteresque ocean right now, I ask myself – why the hell is the water so cold in SoCal right now?

It turns out that this isn’t just 2020 looking for another wrench to throw at us – this is actually a phenomenon called upwelling. Upwelling is when ocean winds push the warmer surface water away from the coast, allowing colder water from the ocean floor, to rise to the top. While this sucks for surfers looking to paddle out for a summer session, the water that rises to the surface is rich in nutrients, making for an increase in ocean-life looking to feed. This upwelling is also the reason why the area between the beach and the 5 have been so foggy. As the warmer summer air passes over the cold water, that has recently risen from the bottom of the ocean, the air cools down and condenses, creating a fog over the water.

Fortunately, the water has warmed up slightly the past couple days making Drifties the perfect option. And while all of us are praying for both warmer water and waves, you may also want to dust off that old fishing rod or spearfishing equipment and cast a line in the meantime. Upwelling also normally only lasts a couple of weeks, so the colder water and the fog should be out of here shortly and we can get back to our “normal” summer programming. See you out in the water.